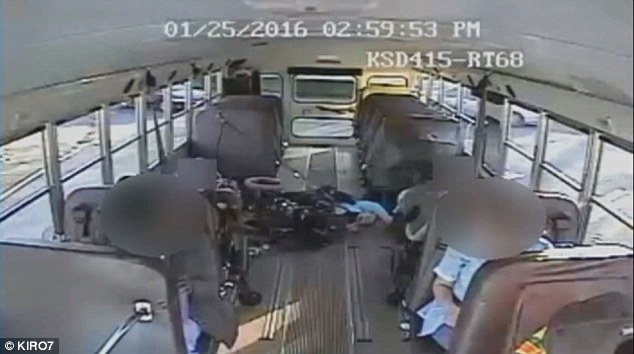 On a run with a tight schedule, no other single omission can create as much additional “recovery time” as the failure to secure a wheelchair. (See wheelchairtipovers.com.) When a wheelchair user is injured or killed because his or her chair had tipped over, most individuals initially focus only on symptoms or guesses (e.g., negligent training). In contrast, the failure to secure a wheelchair can be the result of many other things as well. A route’s schedule being too tight is usually the predominant factor.

Over the past two decades, routes and schedules have increasingly been created by software — the developers of which are given aggressive instructions to reduce costs by compressing the various routes’ running times. Because computers cannot think, and software cannot make the spatial and temporal decisions that would genuinely improve efficiency, these robots simply “optimize the chaos” of the transportation agency’s failure to actually design the system. Tight schedules are simply the consequence of this failure.  This failure is extremely common to transit service: In many transit systems, every schedule is tight. And this is on routes where few or no boarding passengers are given a chance to even reach a seat or stanchion before the bus leaves the stop (and given no warning to not arise prematurely before the bus comes to a complete stop for their alighting). Yet for other reasons, tight schedules are also common to complementary paratransit service and, for different reasons, rampant in non-emergency medical transportation (NEMT) or “Ambulette” service.

In many transit systems, every schedule is tight.

“Demand-responsive” services are provided on a “door-to-door” or “curb-to-curb” basis. In addition to taxi and limousine services (few of which are accessible, and thus do not experience wheelchair tipovers), the three primary demand-responsive services are complementary paratransit service, non-emergency medical service and special education school bus service. (Through an approach known as “inclusion,” many disabled and other special needs students are transported on regular school buses with the general student populations.)

The scheduling software employed in modern complementary paratransit service almost universally translates into routes too tight. In most cases, transit agencies (responsible for providing these services under the Americans with Disabilities Act) contract the scheduling to software developers, and contract the provision of service to other third-party contractors. Because these transit “lead agencies” universally fail to actually design their systems, their software developers are left with the chore of optimizing the chaos. And they are given aggressive agendas for rendering the patchwork quilt of routes efficient. In response, the operating contractors selected to actually operate them are stuck with them — and usually receive the blame when their drivers fall behind schedule. The natural result is the commission of safety compromises. And since paratransit services are so inefficient under these circumstances, and transport so few passengers per vehicle service hour, the principal safety compromise that saves the most time, by far, is the failure to secure a wheelchair. And failing to secure a wheelchair usually carries along with it the failure to secure the occupant into his or her chair with the ADA-required three-point occupant restraint system.

In many instances of the failure to do both, unsecured wheelchair users fly out of their seats. Since they are usually disabled and/or medically fragile to begin with, they are usually mutilated by these incidents, when not killed. But clever drivers have a habit of quickly picking up, and then actually securing the tipped over chairs, and picking up the passengers and plopping them back into them. So superficially, the evidence speaks for itself that the passenger was not secured into his or her wheelchair. Upon inspecting the vehicle, of course, someone like myself can usually determine whether or not the chair itself was also not secured — which I usually find to be the case. This is an important exercise: The ADA only requires the installation of a three-point occupant restraint system. But a wheelchair tipover violates the ADA’s “two-inch movement rule.” As a consequence, every wheelchair tipover [on any and every mode] comprises a civil rights violation.

For different reasons, the most frantic operating environment of them all is non-emergency medical transportation (NEMT) service, where service providers are increasingly being starved to death by the brokers engaged through RFPs and operating contracts created by hapless State or County healthcare agencies.  These arrangements generally allow brokers to retain that part of their operating budgets that they do not spend on the actual provision of service (which their “subcontractors” provide).  In these cases, brokers rarely create the schedules. Instead, they assign trips to various service providers.

But this structure and its relationships do not begin to describe the chaos. First, the brokers are generally compensated by the abstract “per capita” formula common to healthcare providers: A fixed amount per month for each enrolled and certified client, irrespective of how often he or she travels. So with yet other zany constraints, only a handful of mega-companies can even qualify as a broker. Further, the brokers then usually reimburse their service providers on a taxi-cab-like formula:  $X/trip and $Y/hour — a problematic formula for a shared-ride service.

Compounding these inherent structural problems, brokers rarely train their service providers about how schedule efficiently. Plus, most of their contracts with the lead agency healthcare providers stress efficiency, and often require them to negotiate the lowest rates possible. Keep in mind, again, that the brokers get to keep all the money that they do not spend on the actual provision of service. Worse still, multiple constraints further impede a service provider’s ability to even schedule efficiently. (One West Coast broker actually refused to pay its service providers for the mileage of any overlapping “shared rides” — even while the reimbursement structure was designed with the assumption that the service would be provided largely on the basis of shared rides.) Regardless, it is not hard to understand why, without committing countless safety compromises (failing to secure wheelchairs and their occupants into them, speeding, providing passenger assistance, even parking on the side of the street that would provide access to a lift or ramp), it could be hard for a service provider to even “break even.” Of course, a service provider could obviously walk away from such a contract opportunity. Otherwise, eking out a profit from this situation is almost impossible without the commission of regular safety compromises — of which wheelchair securement failures are, again, the most effective in terms of reducing time, and freeing up drivers and their employers to pile up revenue by “putting miles on” the vehicle.

Of the nearly 90 wheelchair tipover cases on which TA President Ned Einstein has served as an expert witness (through 2017), virtually every one of them occurred on a vehicle that was behind schedule.[1] (See wheelchairtipovers.com.) At the same time, there are other reasons wheelchairs tip over (mostly during cornering, since most chairs are positioned to face forward, as required by the ADA). These include:

For this reason, it critical to examine the vehicle as soon as possible when filing a lawsuit involving a wheelchair tipover. When possible, the vehicle should be impounded. (If not possible, then plaintiffs’ counsel should purchase it). While far more true in the NEMT sector than the paratransit sector (where 80% of vehicles are paid for with Federal funds), the vehicle of a wheelchair tipover is often quickly sold to another party — often to buyers in Third World countries. Examining one is, far and away, the best tool for answering questions about whether such factors mattered, and to identify the number and variety of regulatory vehicles. In NEMT service, TA President Ned Einstein typically finds two or three federal regulatory violations simply by examining the vehicle — and most deal simply with the vehicle. Because examining both the vehicle and the driver’s logs are the two linchpins of this type of case (even while drivers’ logs are iffy), the failure to engage an expert at the outset of a wheelchair tipover case is more problematic than in most other types of cases involving safety compromises.

Wheelchair tipovers are far less common in school bus (or pupil transportation) service — even in special education service, which includes many wheelchair users. This is true largely because these systems’ schedules are not usually tight. And further, most school bus drivers, and their management, adore the passengers. However, certain dynamics have begun to undermine these traditions.  One dynamic, in particular, is the phenomenon of acquisitions. Since roughly the mid-1990s, both the largest and many small companies have been purchased by British and Scottish oligopolies. Each successive acquisition has also swallowed up many smaller companies. Currently, Scotland’s First Group, which purchased Laidlaw in 2006 (which itself had previously swallowed up Ryder Student Transportation in the mid-1990s), owns and operates roughly 85,000 of the 485,000 school buses deployed in the U.S. But only 165,000 of these buses are operated by private contractors. So First Student alone deploys half of the nation’s private contractor-operated school buses. Two other companies — National Express and First Student of America, deploy most of the others.

The rationale for contracting is, of course, lower costs and less responsibility on the part of a school district. And, of course, contractors indemnify their school districts just as any contractors indemnify their respective lead agencies. Because monitoring is already the Achilles Heel of all public transportation systems (noticeably in the U.S.), contracting out service dilutes this operating function even further.

At the same time, school districts — not their contractors — usually design the routes and schedules: Contractors are simply forced to operate according to them. Of course, a savvy or ethical contractor can choose to not bid on a service whose routes have unreasonable schedules. But most industry outsiders (particularly attorneys) tend to blame contractors for almost everything, when the school districts are often equally or more at fault. And in a handful of states, school districts, like public agencies, enjoy immunity caps. In Florida, this cap is  $200,000. In Alabama, it is $100,000. In Pennsylvania, it varies by circumstances.

One predictable effect of the mega-contractor phenomenon has been the suppression of drivers’ and bus monitors’ wages. Realistically, private contractors must bid competitively on services. Since most things other than drivers’ salaries and management levels cost every bidder roughly the same, the bids are often won by the “low bidder.” This dynamic tends to suppress all contractors’ driver salaries.  Turnover is rampant. In special education service (where the path between pickups and drop-offs is not fixed), a driver’s lesser familiarity with the service area can create even more problems, especially when the schedule is tight.

To be fair, wheelchair tipovers are not epidemic to the school bus industry. And in many or most systems, they may be rare. But when they do occur, tight routes are usually the culprit.

These observations are just the main points. Far more about this particular safety compromise can be found on wheelchairtipovers.com.

[1]  These 90 or so cases (as of 2017) could have been 130 cases: In another 40 passenger-securement-related cases, most of which involved wheelchair users, it could not be established whether or not these passengers’ wheelchairs were also not secured.