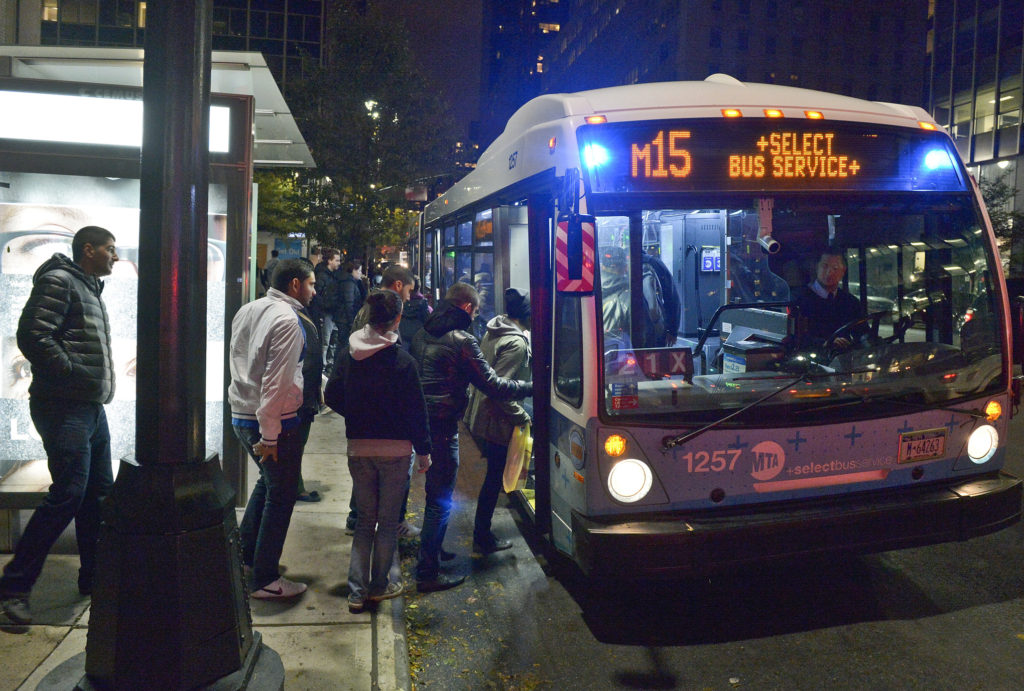 All passengers injured or killed in boarding and alighting accidents are not decimated when the vehicle is moving. Plenty of them are injured before the bus even moves. Others are injured when drivers close doors on them (including front doors!), or when the bus’ “kneeling feature” is engaged with passengers still on the stepwell.

Among the inexcusably ignorant horrors of boarding and alighting is the practice of boarding a walker use via the stepwell when the bus (or van- or minibus) has a wheelchair lift. Most puzzling about this practice is the fact that, if a walker users needs a walker merely to stand on a flat, dry, level surface, what makes anyone (much less a “transportation professional”) think this individual can climb a short set of steps, or step onto a van- or minibus’ floor surface from the ground level? Worse still, what makes anyone think that such a person can descend them?

If a walker user requires this device to merely stand up on a flat, dry level surface, what make anyone think that that this person can possibly climb three or four steps?

Another puzzling error is closing the door on a passenger (either boarding or alighting). Because it is often difficult to observe passengers alighting from the rear door of a transit bus, Federal regulations require these rear doors to contain two important devices:

There are no such regulations for either device on a front door (even though interlocks are common on schoolbuses, which only have a front door). But this regulatory abstention reflects the fact that, entering or exiting the front door of a bus, the passenger is right in front of the driver’s eyeballs. The problem is that transit drivers do indeed close front doors on passengers’ arms or torsos — even when these passengers are or should be in plain sight. Much of the reason for this (like most safety compromises) reflects a schedule too tight. So while the installation of a sensitive edge or interlock in the front door is common to most transit agencies, a reasonable and prudent agency should provide such devices if its schedules are tight, and especially if they have even a brief history of drivers closing front doors on passengers. TA President Ned Einstein actually served as an expert in three lawsuits where bus drivers did just this. And in depositions, the defendant’s management argued that such devices were not installed largely because they were not required as a regulatory matter.

See Pulling Adjacent to the Curb